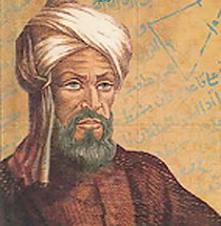 ﻿Muhammad Ibn Musa al-Khwarizmi, more commonly known as Al-Khwarizmi, was born in in 780, and was the fatger of a new era in Islamic Mathematics. Al Khwarizmi was the most notable Islamic Mathematicians during the Islamic Golden Age. The basis of Algebra was found by Al Khwarizmi, who discovered it in the early 9th century. The word Algebra is derived from the Islamic word “Al-Jabra”, which is literally translated into “reunion of broken parts”. In the book he wrote, he solves over a hundred quadric equationswith explanations. Al Khwarizmi confined his discussion to equations of the first and second degrees (Famous Scientists.org, 2013). He is also known as the person who introduced the Western world to the decimal numerical system, which is the most widely used number system today
An audio recording about al khwarizmi 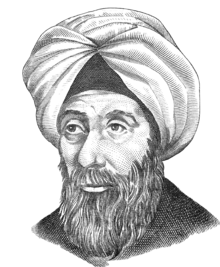 Abu Al-Hasan, also known as Alhazen, lived from 965 till 1040 during the Islamic Golden Age.  Although Carls Friedrich Gauss is credited to being the first person to efficiently add up the first hundred numbers, Abu Al-Hasan is believed to have done it before. Al-Hasan lived in the 10th and 11th centuries, and had success in many other fields too, including Astronomy, Philosophy and Engineering. He did a lot of work on the number theory, and came across theories based upon perfect numbers. Still, these theories were not credited at the time, as most thought that he did not have enough evidence to prove it was true. He created theories linking algebra to geometry. His theory for adding the first 100 numbers was proved with the help of geometry, as it was his focal point. 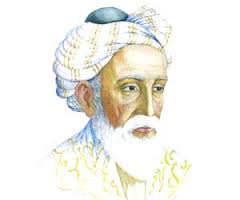 Omar Khayyam lived from 1048 till 1131, and was a key figure in the Mathematical area during the Islamic Golden Age. He wrote one of the most famous treatises of Algebra. Omar Khayyam created the first theories known about parallels in quadrilaterals. He also found out how to solve roots of any degree, laying down some of the principles of Algebra about a century and a half after Al Khwarizmi produced the cores of Algebra. Khayyam had notable works in geometry, particularly on the theory of proportions (Famous Scientists. org, 2013). His works are evident in a book he published, called “Explanations of the Difficulties in the Postulates of Euclid”. Omar Khayyam was more famously known as a scientist, and also published some great poems. At the time, Islam's population was all rounded, simply great in many different fields. These influential beings shaped Islam's Golden Age. 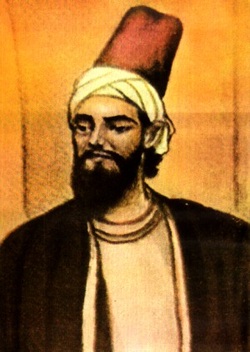 Ibrahim Ibn Sinan lived from 908 till 946, during the Islamic Golden Age, and was known throughout the empire. He thrived in the great city of Baghdad, He found out multiple Trigonometry identities, and was key in finding out about tangents in circles. His most famous piece of work is said to be on the quadrature of the parabola. He gave proof in one of his books,demonstrating  how the area of a segment of the parabola is four-thirds the area of the inscribed triangle (University of St. Andrews, 1999) 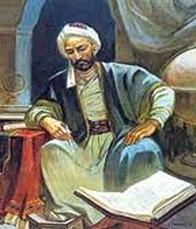 Sharaf al-Dīn lived from 1135-1213. He was a Persian mathematician and astronomer who lived during the Islamic Golden Age. Sharaf Al-din dedicated most of his work to algebra and astronomy. He further worked upon the idea of algebra from mathematicians like Al-Khwarizmi and Omar Khayyam. As an astrologist, he created some algorithms and observation reports for the exact bearings of the stars at different times of the year. He solved extremely bulky arithmetic problems like 2x2x2x2x2x2x2 and so on, using exponents 2ˆ7. He founded algebraic identities such as aˆ2+bˆ2= (a+b)ˆ2 and many other concepts. He was the first to define the different degrees of equations and solve them. His contributions have been very useful to the development of Mathematics.